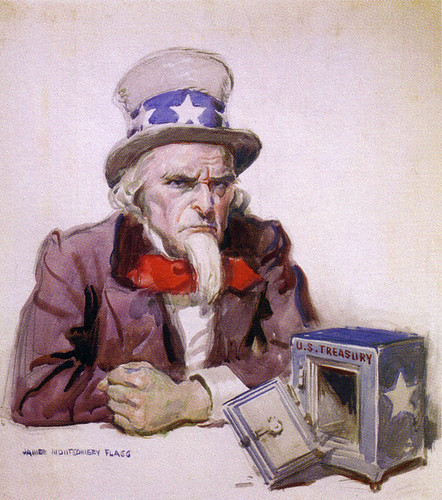 At first, I thought this was a relatively good idea. It seemed simple enough to understand. Americans don’t like to save, but more importantly don’t like work. So set up a program to promote the former by capitalizing on the latter.

After thinking about it some more, I’m having reservations. Here’s a few things I see wrong with these type of programs.

Sure, it would be great to have that money set aside when I’m older, but would a forced savings plan create better savers now? I don’t think so. If anything, it could drive youth away from saving. If you knew the government was automatically setting aside your retirement, where’s the incentive to do more?

Programs of this nature do not empower people, they coddle them into dependence. It seems policies, even those well-intentioned, revert to the idea that we are simply too dim to decide for ourselves. There’s always spectacular fanfare behind the programs the government churns out, yet they consistently fail to address the deeper issues.

Specific to the case, it’s not about capitalizing on our laziness, but transitioning our LIFESTYLES from spenders to savers.

A fair amount of my friends have become savers simply out of fear. They’re bitter towards the current government savings plan – Social Security.  By no means are we discrediting the work of our parents and grandparents, we’re simply under the assumption that this program could very possibly phase out. As a result, many maintain savings rates of 20% and up in anticipation of the government coffers being raided.

Going back to the programs, let’s look at it this way. The basis for the argument is that people have problems opting IN to savings. Come on, no they don’t.

These same people with this “difficulty” had no problem opting IN to their consumer choices and subsequent debts. After this program, what’s the next step?

Maybe we can manage the automobiles that people own solely based on an income bracket. You fall within the $60k-75k range? I’m sorry, you honestly cannot afford a BMW 5-series, you’ve automatically been assigned a Hyundai Sonata.

Why wouldn’t promoting and positively reinforcing saving habits be more effective in changing people’s attitudes? There’s some minor government sites out there, but they never get much limelight.

The answer’s because no incentive exists for the originator (i.e. government) to save. Everyone’s probably heard the joke phrase “If we don’t blow through this year’s budget, they’re going to cut us for next year”. How ludicrous is that!

This post did a nose dive into pessimism and big-government watchdog rhetoric. It may read a little harsh by the end, but I’m not void of emotion and compassion.

It makes me think of the struggles Alaskan Salmon face. Going upstream, we have to swim against all the bogus financial advice and products that are thrown our way. While all the while, there’s some grizzly (government program) ready to take a big chunk out of you.

I want you to seek out what we can all achieve – FINANCIAL SECURITY. No one will hand it to us, especially the government, but through EDUCATION and OPTIMIZATION we can all get there. There’s a sleeping financial guru inside each of us that I want to awaken.