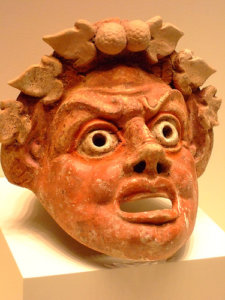 “More money begets more spending” seems to be an underlying result of success many people accept. In other words, the more money you make, the more you spend. Quite often, it’s the expectation of the money you should spend.

In most regards, we judge people based on our expectations of them. Generally speaking, people of certain social status or professions are elevated to higher standards.

Think about it. If your doctor showed up in an old, rusty car, it would probably give you cause for concern.

“Hey, wait a minute, what kind of quack is going to operate on me!?!?”

But does the car your doctor drive really make them any more or less of a doctor? The answer, of course, is probably not.

There’s an abundant source of social influence out there. We have our friends, co-workers, neighbors, family, and, of course, the media. How many people have ever seen the show “Cribs”? It glorifies the extravagant spending of the fabulously famous & rich by highlighting the most impressive (and expensive) parts of their home.

Well, everyone knows what happened to MC Hammer! But did you know that Warren Buffet, the #2 ranked BILLIONAIRE by Forbes, lives in the same house he originally purchased back in the 1950s?

Ask yourself a simple question – has there ever been a time after a raise, promotion, or bonus that you didn’t use the jump in status to indulge yourself?

If so, I’m impressed! Congratulations, you’re probably on the right path to your financial goals.

If not, what was the primary motivator? I can appreciate people want to reward their hard work, but has the celebration ended or is it ongoing? Had you considered the possibility that you were trying to meet your own expectations of the newly acquired status?

Most people have heard some variation of the expression: “An idle brain is the devil’s workshop”. For our purposes, we can draw that taking visual cues, like our dentist’s European car or lawyer’s expensive suit, to imagine what we think others expect from us won’t lead to real financial wealth.

How can you measure real wealth? There’s many different methods out there, but we’ll look at one well-known personal finance book, The Millionaire Next Door. The authors suggest taking your age, multiplied by your salary, divided by ten.

Using this simple rule of thumb, we can see how a doctor with a net worth of $500,000 is not very impressive if their salary is $250,000 – unless they were 20 years old. They even coined the term “Under Accumulators of Wealth” to describe those individuals who cannot build wealth efficiently.

We should all strive to be the best in whatever we pursue. As we make that climb upwards, just remember keeping a healthy distance between your earnings and expenses will get you to your goals a lot quicker. Simply having the ability to make more money, does not mean you will be a good steward of it.