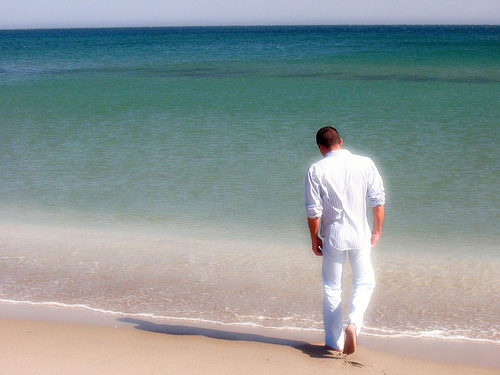 For those regulars, or anyone visiting the site in general, I must apologize…

Without forewarning, I disappeared for several weeks and now the readers deserve an explanation.

If you’ve followed my trail on this site or other financial blogs, you may have surmised that I was in the process of getting married. Well, now there’s officially a Mrs. FinEngr! :)

The event came off flawlessly and many guests are still raving about the great time they had. Then after a long and relaxing honeymoon in Belize, it’s back to the real world. :(

Of course, life revved up to full speed as soon as we returned. Housing move, job obligations, a technical paper deadline, and figuring out this whole marriage bit (check out Little House’s Bliss Boxes) – the blogging took a backseat. Also, not having internet yet can be a hindrance (thanks for the delay Verizon).

While I may get in trouble for admitting this, I was working behind the scenes. A few emails were sent the day of the wedding and during the honeymoon, and even my airport reading was the next book on the review list (The Corporate Lattice).

Originally planning to write a farewell post, there was simply not enough time. Right before leaving, the answers to the previous book review and interview (It’s About More Than the Money) were received. Be on the lookout, it will be posted in the next few days.

A lot has happened since my disappearance. A few more offers were made on new books, the site’s direction and eventual redesign was decided upon, possible change in business model is under consideration, and hopefully an interview with on Delivering Happiness will be forthcoming.

Other cool news includes the Yakezie site is officially up and running. Bad news is my Alexa ranking suffered dramatically by jumping ship without telling anyone. The site has dropped significantly from its high around around 90k. But, the site did get approved for NewsTex which is good. Engineer Your Finances is officially syndicated.

So to close, thanks to all those who continue to read and support the site. Sorry again for the mysterious disappearance, but I’m looking forward to continue providing you the readers with quality, entertaining, and informative writings.