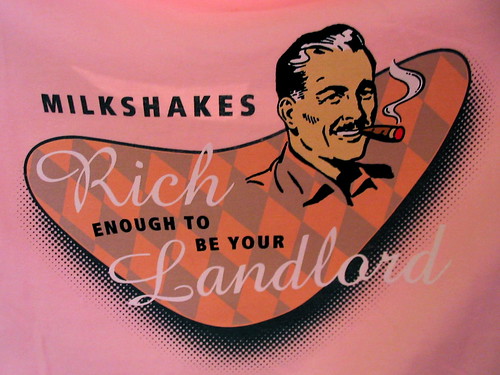 My name is Mike Choi and I look nothing like this photo, but I do run a little blog over at rentingoutrooms.com, which is my story of renting out my individual rooms to roommates. The idea is if you own your home, you can rent out an individual room in exchange for rent. This whole idea started when I decided to go back to graduate school, but I didn’t want to take on additional student loan debt to what I already accrued from my undergraduate studies. Today, I’m here to share my story of work involved making money from your extra bedroom.

Being a “live-in landlord”

I call myself a live-in landlord because a traditional landlord is someone who owns a piece of property and rent it out to tenants. However, my case is slightly different – I live in my residence and rent out the individual rooms to roommates. So that’s why I call myself a live in landlord, which is like a separate sub species of landlords.

What Kind of People Move in?

All my roommates were people I found via craigslist looking for a place to live. I never had a roommate that was a friend of a friend or acquaintances. The reason is because I didn’t want to have a business arrangement with friends. If things turned south, I didn’t want to end up loosing a friend.

With that said, I’ve only rented out rooms to people I found online after meeting them in person. Over the years, I’ve lived with some interesting people. To this day, I had eight different people live in my spare rooms, some of whom rented a room for 4 months while others rented for nearly 2 years. I’ve had roommates that were working professionals, while others were working retail jobs. (Side note: the most interesting person I met was probably a guy that was finishing up his term in the Navy. Prior to him moving in to one of my spare rooms, he was stationed in Guantanamo Bay, Cuba or Gitmo as he called it.)

I’ve also had both male and female roommates. I’m not going to start a debate by discussing which sex makes for better roommates. I’ll leave it to another blog or forum.

No Time for Down Time

The rental income does come with some work. Besides, the typical landlording tasks such as: roommate searching, interviewing potential roommates, and collecting rent, I’ve plunged toilets at 6 AM in the morning and fixed a leaky hot water heater on a Saturday night. Trust me on this one. As much fun as you may think it is, it’s not fun at all.

If you have a fairly new or reliable house, the rental income can be a form of passive income. My townhouse was built in 1988, stuff here and there breaks, but I’m comfortable in doing my own repairs and don’t like to be taken to the cleaners by a sub contractor.

When you’re a live-in landlord and something breaks, it generally gets fixed ASAP because a broken hot water heater affects you as much as it affects your roommates. In fact, I probably notice when things are broken before the tenants actually do.

I’ve rented before and experienced the slow response times a traditional landlord takes to make repairs because they’re not living in the same dwelling as their tenant. I know the frustration that this attitude can bring and I try my best to avoid this slacker mentality.

In this sense, I feel my roommates have the sense of security that basic living necessities will get fixed in a timely fashion.

When the first of the month rolls around it’s like another pay-day, cha-ching! So, it’s obvious to me, the rental income is the motivating factor for becoming a landlord. With the rental income I have received so far, it has allowed me to pay for graduate school and pay off a significant part of my second mortgage. Had I not rented out my spare rooms, I would have been about $32,000 in debt from graduate school and my second mortgage balance would have been still hovering around $35,500 versus the current balance of $18,300.

Besides, the rental income, I’ve also acquired some other intangibles – friends. After living with what were once strangers, those strangers develop into friends. When I first started to rent out my room, I didn’t realize I would make friends renting out rooms, but I can say it is a positive outcome. Even after roommates have moved out, I still keep in touch with a few of them and it’s a great feeling being able to catch up on life over a cold beer.

Any Takers on Joining the Ranks of live-in landlord?