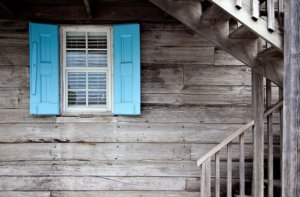 If you’ve left the United Kingdom to live abroad either permanently or for an extended period, you know that there will be challenges to conquer. Climate changes, “culture shock”, and perhaps a language barrier are among the adjustments many expats must make. But eventually, as these obstacles are overcome, and the new surroundings are settled into, thoughts turn to acquiring property there. And why not? Once one has decided to put down roots in a certain area, there are numerous advantages to owning property there, including:

But no real estate transaction is problem-free, and while it depends on the country in question, purchasing property in your new country truly can have you feeling like a stranger in a strange land. And once you’ve cut ties with the mother country, if a deal goes wrong, your former homeland is under no obligation, legal or otherwise, to rescue you from it.

There is a official government informational sheet available that offers both tips and cautions about international property buying. And if making international property purchases through the auspices of a British realtor, property purchasers do have some legal recompense, if say, that Florida beachfront paradise turns out to be Alligator Alley. But given all of the logistics and challenges involved in buying property abroad, it’s impossible to account for and guard against all possible problems. Many of these difficulties aren’t even considered until one is mired in them. Below are a few that veteran expats didn’t see coming until confronted with them.

Taxes And Capital Gains
How is this a problem? There’s not a country in the world that doesn’t tax those who live there, non-citizens or not. And about to be expats are aware of this. What they might not be aware of is that some countries have very different capital gain and property tax rates for expats as opposed to other citizens. This should be well researched before financial commitments are made.

Buying Residential Property Under A Commercial Name
You’ve been told that you can save pots of money by forming a “corporation” and making purchases under its name? There are some advantages to this type of transaction, mainly having to do with liability. But having your “company” own your home can trip you up as well. For example, in the United States, many banks will not make loans using residences as collateral if these homes are owned by a “business”.

Groundwork
Many expats know that a lot of groundwork, not to mention paperwork, must be done before purchasing property in a new homeland. What they don’t anticipate is the amount of time it can take to establish residency, etc. (Spain is notoriously slow in such matters) there. Waiting in limbo can seriously erode finances.

You Can Go Home Again. But It Won’t Be Cheap.
Not all expats are interested in making a “forever” move abroad. Or they might be interested in acquiring British property for rental, vacation, or investment purposes. And not too long ago, British real estate and mortgage rates were on their side. But changes to these rates as well as credit ratings for international buyers might make it more difficult for expats to acquire property in their native country than they might think.

Avoid Expat Property Pitfalls
A lack of preparedness in terms of finances is probably the greatest issue for expat Brits wishing both to purchase property abroad, or here in the United Kingdom. One of the best ways to avoid this is to work with a good financial institution, especially concerning mortgage rates. By working with such an institution before committing to property purchase here or abroad, expats and others will be assured of a firm foundation no matter where they live.