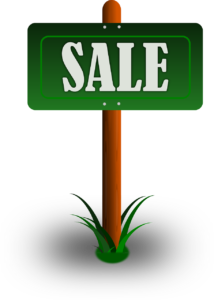 One reason that you should sell things on Craigslist is that it’s much easier to sell large items on. Just think about how hard it would be for you to sell a refrigerator on eBay. It would be stressful. You’d have to figure out how much to charge for shipping and then make sure you pack it so that it arrives in one piece. That’s too much work if you ask me. If I were to sell a large item, the most efficient way would be to list it on Craigslist. Once it sold, the buyer could come to your house and pick it up. That way you wouldn’t have to stress about shipping it.

Certain items tend to sell faster on Craigslist. Cars, appliances, scooters and yard equipment are just a few of them. People can meet up and see these things in person instead of just going off of pictures that they see on eBay. That is a big reason they sell quicker. I had someone purchase my old car on Craigslist. One of the reasons he was interested in it was because he knew he could come and see it in person. He came to my apartment and inspected the vehicle. He even had the chance to take it for a minor test drive. He wouldn’t have been able to do that with a car that he was trying to purchase on eBay. An hour later, my car was sold.

Another good reason to sell things on CL is that there are no fees. If you’ve sold items on eBay before, you know that they have fees. EBay has a listing fee if you list over a certain amount of items each month. They also have a final value fee. That fee is 10% of the total amount of the sale. If you have items selling for over $1000, those fees could be pretty expensive. With CL, you don’t have to worry about any of those fees. It’s free to list items and free to sell.

Contrary to popular belief, cash is still king. When selling on CL, you get your cash immediately after your transaction. You don’t have to wait for funds to clear. You also don’t have to worry about transferring funds to an account so that you withdraw from it.  If you need your money right then and there, Craigslist is your best platform for selling.

I’m a huge fan of selling items online as a side hustle. I’ve been using Craigslist on and off for a few years. It is a much easier platform to sell those larger items.

Have you sold anything on Craigslist before?