Many people envy cryptocurrency millionaires: Those who got in early and held on for years have enjoyed appreciation of as much as 90,000%. Or… 70,000%, depending on when you’re reading this post.

The large swings in value that tend to characterize cryptocurrency makes it not for the faint of heart.

There’s an ironic chicken-and-egg aspect to this volatility: It limits the currencies’ appeal to investors, but the relative dearth of investors in the currency keeps it volatile.

That volatility has some resemblance to derivatives like options, yet the venues where you can trade cryptocurrency do not limit the activity to sophisticated investors.

Anyone can transact in cryptocurrencies like bitcoin, and unfortunately, that has included money launderers, scammers and hackers.

Yet there’s little in the way of protection from these n’er-do-wells because regulators are still catching up with cryptocurrencies. 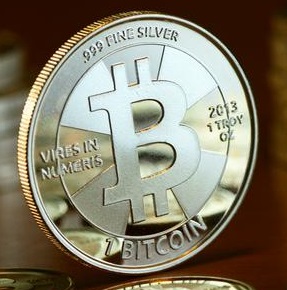 So if you get ripped off, you can’t fall back on the kind of protection that bank desposits and even securities transactions enjoy.

Policymakers in numerous countries are trying to figure out how to regulate cryptocurrency — and the world’s largest nation is moving to shut down cryptocurrency trading.

China’s government and central bank indicated on September 11 that they want to shut down the country’s cryptocurrency exchanges by the end of the month.

Within days, several of these venues announced they would halt trading by this deadline, asking investors to pull their money out of the exchanges by September 30.

As for the other countries that are working on cryptocurrency regulations, Australia has said it wants to regulate exchanges to prevent the use of these currencies for money laundering and terrorist activity. Canada is working on similar laws.

In the U.S., regulators currently regard bitcoin to be commodity under the jurisdiction of the Commodity Futures Trading Commission (the entity that also happens to regulate options and other types of derivatives); in late July the U.S. Securities Exchange Commission announced that it is investigating how to regulate initial coin offerings, which China has already announced it will ban at the beginning of the month.

While in the short term these legal maneuverings appear to be creating the kind of uncertainty that exacerbates the turbulence in bitcoin’s value, once regulations solidify, cryptocurrencies might become less risky.

In the mean time, unless you are a professional investor or have experience with options or other types of derivatives, it might make sense to wait until some form of cryptocurrency regulations kick in.

Otherwise, you might lose money — and it can happen quickly, just like what does down in the derivatives market. What goes up quickly tends to go down quickly, which can hurt.