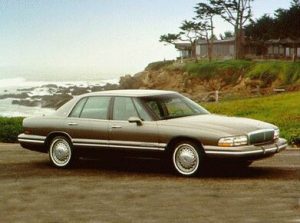 Among financial experts, one popular piece of advice is to avoid car debt. Everybody wants a comfortable and reliable car, but many believe that anything with over 100k miles is on death’s door– this just isn’t the case. The issues with new cars don’t stop at their hefty markups, they also aren’t as reliable as older vehicles were. Oftentimes, you will be paying that massive sticker price to end up with a car that needs significant mechanical repair before an old beater would. Now, I am not here to tell you that you need to buy an old beater. Quite the contrary, I am here to tell you how to get an amazing luxury gem that will last you years. Better yet, I’m going to show you how to do it on a budget. To start your search, here are 5 good budget cars under $3000.

Arguably one of the more niche picks on the list, this 2-door cruiser will last you forever. Miatas routinely last up to 300,000 miles when properly maintained, and they have established a massive following due to their consistent quality and their engaging driving experience. This is no budget compromise; Miatas are ridiculously fun, lightweight, and handle like a dream. Not only that, but with such a huge aftermarket, repairs are dirt cheap. Don’t worry too much about grabbing one of these in the mid 100k range, as they will last you another 100k with ease. For only a couple thousand dollars, you can become the owner of arguably the most iconic convertible of all time.

Don’t worry, these won’t all be sporty cars. The Integra, though, is impossible to overlook in these conversations. Just like the Miata, the Integra’s light curb weight makes its more unassuming horsepower unbelievably fun. Running one of these through the gears is a beautiful experience, and as the Acura name has been known for, these cars will last as long as you are willing to keep them. Another worry-free 100k mile pickup, the Integra is a great option if you want sportiness, but still value a hard top.

The pinnacle of Japanese luxury cars, the Lexus brand has always been iconic for their timeless interior material quality. If you want Japanese reliability, but aren’t into the sporty feel of the Integra, the floaty suspension and cushy leather seats of the LS400 will leave you with no questions as to why it’s MSRP was $52,000 new. Sit in the driver’s seat of this amazing cruiser, and you will be in awe as to how you only need to shell out a few G’s for a low-mileage example of this car.

This is more of a category than a specific car. The panther platform consists of three absolute American icons: The Ford Crown Victoria, the Mercury Grand Marquis, and the Lincoln Town Car. These cars each have a slightly different edge on eachother. Each of them an absolute workhorse, the Crown Vic is the cheapest and most standard, the Grand Marquis has one of the best suspensions ever made, and the Lincoln Town Car oozes class and luxury. You can’t go wrong with any of these, and you can find any of them for under $3000 in good condition with reasonable mileage. Used as taxis, cop cars, and limos, these cars are profoundly unique in the fact that they were still made into the early 2010’s! You can find 2012 Crown Vic’s that look just like their early 2000’s counterparts, and they last just as long.

I honestly hesitated putting this one on the list. Not because this isn’t worthy, but because I don’t want anyone snagging one of these out from under me. This is my Golden Goose, the absolute cream of the crop. the Buick Park Avenue has it all. The greatest American engine ever made, a suspension that would make a Rolls Royce jealous, inch-and-a-half thick pillowtop seats, and an “Ultra” trim level WITH A SUPERCHARGER. That’s right, not only will this thing last longer than any other American car ever made, but you can get its V8 with a supercharger for under $3000. The reason for the specific year is that it is the first year with the upgraded Series II engine, and the last with the it’s more classic body style (that you can enjoy in the header pic on this article).