When purchasing gold coins to help protect your financial assets, it is important to consider economic conditions and monitor the factors that can impact gold prices. 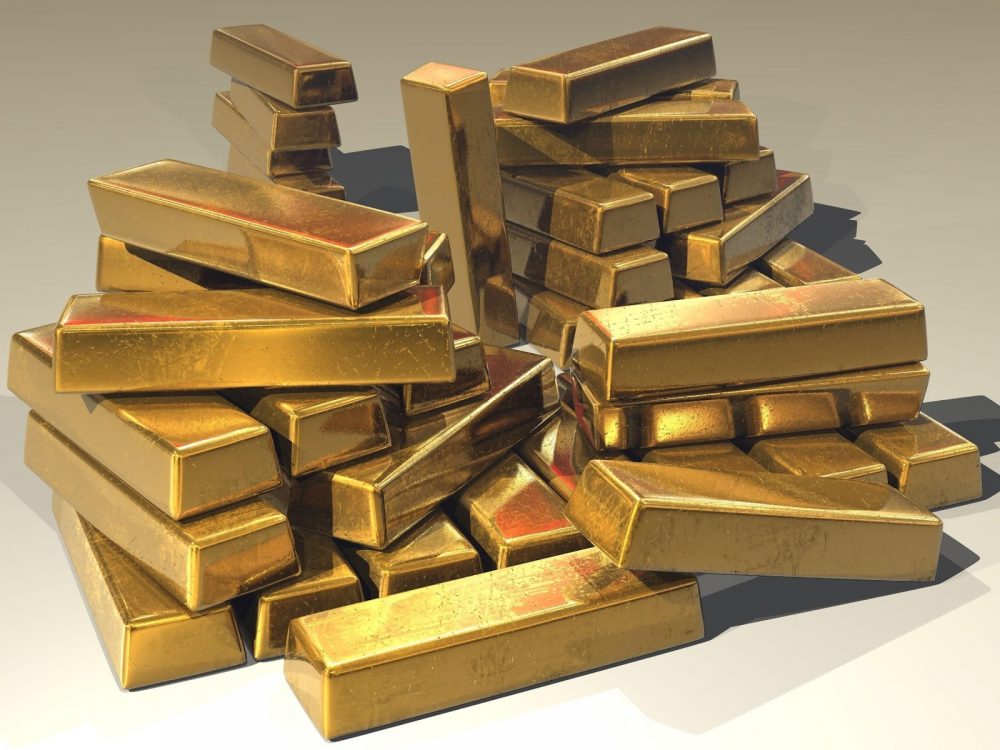 The state of the economy can shift rapidly, but diversifying your portfolio with gold and other precious metals can help you protect your portfolio during times of economic instability. In 2000, gold’s spot price was only $279 per ounce. As of August 2020, gold had risen to over $2,000 per ounce. According to The Wall Street Journal, 2020’s gold prices are up approximately 24 percent for the year and could likely to continue growing.

Put simply, gold prices have historically risen when the economy is in a downturn. Here U.S. Money Reserve breaks down the top five reasons that the price of gold has increased when equities have fallen.

Gold and stock prices have traditionally moved inversely to one another, with gold prices rising as stock prices plummet. As a result, many portfolio owners opt for gold coins as a hedge against a potential downturn in the stock market. This is because the precious metal is considered a safe-haven asset, especially when the value of the dollar is declining.

As the stock market shifts, central banks can have a significant impact on gold’s prices. When central banks diversify their monetary reserves, they often choose to reduce their paper currencies in favor of gold. As nations build up hefty gold reserves, the price of the precious metal has historically increased.

Historically, gold prices have climbed when political and economic pressures have arisen—and equities have typically fallen as a result. Many people purchase gold during such times of political and economic turbulence because gold is considered a safe-haven asset that can help diversify a portfolio when facing a decline in the value of paper dollars and even outperform many asset classes. For example, gold prices soared following the 2016 presidential election, and analysts believe they could likely to rise again in the weeks and months following this year’s election.

It is hardly surprising that many people are moving some of their assets into government-issued gold coins during such difficult times. Not only is gold the only global currency to have outlasted every government and form of paper money, but it has also outperformed seemingly riskier asset classes during times of geopolitical tension, social unrest, and economic uncertainty. Gold also offers private wealth, meaning that you can accumulate it privately, trade it worldwide, and liquidate it whenever conditions are best.

Gold can improve portfolio performance by providing positive returns over time. Thanks to gold’s long-term wealth preservation benefits, gold coins are a discreet and private option for passing down wealth to your children and grandchildren. While liquidated assets are subject to huge tax implications, gold can help you maximize your financial legacy.

The price of gold shifts in response to supply, demand, and buyer behavior. Prices have historically risen in line with increasing demand as equities have fallen. People also buy gold as a hedge against inflation—to help protect and expand their purchasing power in case of an uncertain economy.

Although gold’s supply has been fairly consistent, less gold has been mined in recent years. The U.S. Geological Survey predicts that there are only around 57,000 metric tons left to be mined, which is equivalent to a six-by-six-meter cube of gold. But as supply gradually declines, demand is projected to rise. This is mostly because of the demand for jewelry; in 2019, jewelry made up around half of the United States’ gold demand. Plus, as manufacturers now use gold to produce smart devices and computers, the need for gold is rising in technology sectors as well.

Launched in 2001, U.S. Money Reserve is one of the nation’s largest private distributors of gold, silver, platinum, and palladium legal-tender coins and products. With over two decades of experience in precious metals, U.S. Money Reserve has assisted more than 550,000 individuals. The firm has received an AAA rating from the Business Consumer Alliance and an A+ rating from the Better Business Bureau.

In September 2020, U.S. Money Reserve released its Battle of Iwo Jima 75th Anniversary 2-oz. Proof Silver Piedfort coin, a new legal-tender silver coin from its Battle of Iwo Jima coin series. This presents an excellent opportunity for buyers who would like to develop their precious metals holdings while celebrating a major event in U.S. history.