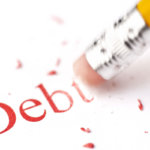 According to a new CreditCards.com survey, 21 percent of Americans with debt said they expect to die still owing debt, an increase from 18 percent last year and 9 percent in 2013. Roughly half of the respondent still expect to be paying off their debts when they are in their sixties. The average U.S. household […]