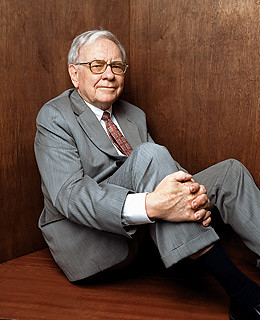 Hope everyone appreciates the alliteration – coming up with clever titles is probably the funnest part about writing posts!

Tomorrow marks an exciting day for the average investor…. or does it?

Warren Buffett has long been referred to as the “Oracle from Omaha” and Berkshire Hathaway has been the “golden egg” investment (BRK-A), being one of the most prestigious, and expensive, stocks traded on the NYSE.

It’s funny to think how much you’d have if you only owned 10 of the Class A shares. Closing at $104,200 – that’s NO small sum. Part of why the shares never paid a dividend or split was that Buffett believed in retaining the true value of the stock (see bullet #10).

The “lesser” shares (BRK-B), closing today at $3,476, were originally offered in 1996 to create a more affordable option, and also a way to pass shares to heirs – now THAT’S a cool phrase.

Even though that’s a stark difference, plenty of average investors were still priced out of this investment. Well, not anymore….

Tomorrow morning the B-class shares are splitting 50:1 and should be opening around $69.50/share. What do the readers think? Is this a “best buy” or “bogus bet”. Here’s what I’ve seen as the pros and cons.

I started looking into speculating myself through call options. With no experience in options trading and a few articles under my belt, beating the market would be a cinch! *Note the headings below – gamble, bet, luck….

THE BET: Baby Berkies are going ABOVE the split price.

**EDITOR’S NOTE:  To clarify, the contract would have to be purchased prior to the close on Jan 20th.  An option “in the money” would never be sold, that’s arbitrage.  This contract could have been purchased on the 20th up until about noon.**

Thank goodness I don’t have an options account yet, that idea was snipped in the butt quick :)

Maybe this will be another one of those “kick myself later” scenarios. When oil was trading around $120/barrel, I thought to myself:

“this is ridiculous, why do people give themselves so much credit”.

I was seriously considering taking a position in an ultrashort (DUG). You’d turn on the CNBC dog-and-pony show and realize every hour was a new Chicken Little story. The market has knee-jerk reactions to events leaving those who use logic to scratch their heads. Actually it leaves people who don’t know what’s going on (myself included) wondering if they’ll ever figure this game out.

Another example was the run-up of solar a few years back. The technology was bare bones at the time (roughly 20% efficiency I believe). The development has improved greatly, but the Brads and Codys had already moved on.

At any rate, I’ve started to digress into a new topic so I will sign off for now and pick up with these ideas later on. I’ve always had an affinity to water (mostly playing in it), but may consider writing a post on water technologies, and specifically, desalination as a potential investment.

Finally back to YOU the readers. Generate some buzz on this topic. What’s your take on the situation? I’ll look for plug-ins so we can get a straw poll.