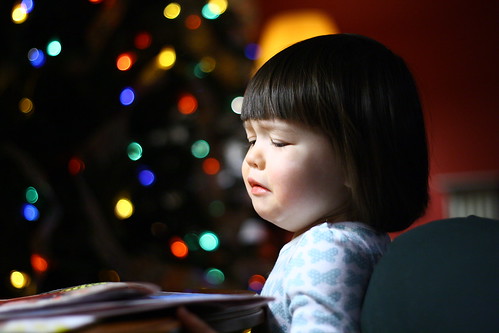 Better late than never right? Before I start, please remember that some of these posts highlight older topics and the blog will be playing catch-up with my brain for a little while.

I finished an interesting book, Scroogenomics by Dr. Joel Waldfogel, right before the holiday season. Don’t let the title fool you – he’s no Ebeneezer Scrooge. A quick and entertaining read, he looks specifically into Christmas spending. Apparently, this topic is something of a hobby for him!

One of the most staggering statements in the book was:

“In Christmas we have $66 billion in the United States that is, on average, wasteful; and we have about $12 billion in actual U.S. value destruction per year.”

Okay, great. How did he arrive at that number and how does it translate?

The book goes through the details of his calculations, but let’s take a simple example. Every year there’s some novelty gift that no one really wants, but everyone loves to give. This year its Snuggies, a while back it was those wall-mounted singing fish.

So, if someone purchased either of these items for $20, but the person receiving it wouldn’t pay more than $5 for the same purchase than there’s been a destruction in value. This illustrates the direct loss of value.

But there are other factors to consider. Look at gift cards and money. Everyone loves cold hard cash, but there’s still a cultural awkwardness to accepting it.

Then you also have to look at who’s giving the cash gift. You’d raise an eyebrow if a spouse gave you money, but with that great aunt you maybe see once a year – it’s not such a big deal.

Ultimately, the best gift would be something that the recipient would pay the same amount for.

Even though the majority of value is destroyed, he does highlight that value can be created. Although less frequent, it occurs when the giver recognizes a particular item the recipient would use but has not realized yet or wants but would not allow themselves.

Around Christmas, I went to an “ugly sweater” party with my fiance. She was appalled when she saw me wearing that same sweater later on – IN PUBLIC. Dumbfounded, she asked, “You actually wear those!?” Well of course honey, they keep me warm.

Can you guess what I got for Christmas this year? To my own amazement, I enjoy wearing the new sweaters much more than I anticipated.

In this instance, value was created since she recognized that I’d enjoy them even before I knew I would. Plus she got them at a significant discount, adding further to the inherent value.

Of course, there was probably some selfish motives behind the gift. I’m sure she was tired of explaining that she didn’t pick me up off the street and I didn’t only own clothes older than me.

As a funny aside, writing that personal snippet reminded me of the first time I met this incredibly intelligent structural collapse engineer. I quite literally thought he was homeless with his scruffy beard, tattered t-shirt, and stained khakis, when I saw him walking around. I guess it comes from the practical/functional mindset engineers develop – if the glove fits, why change it?

To tie it all in, the point is that we spend so much time around Christmas trying to please such a multitude of people with gifts that we end up doing a crappy job and rarely pleasing anyone.

So, next year instead of buying random humdingers, do-dads, and thing-a-ma-bobs for everyone you know focus your efforts on a few select individuals and a few top-notch gifts. Trust me, everyone will be more jolly and appreciative for it.