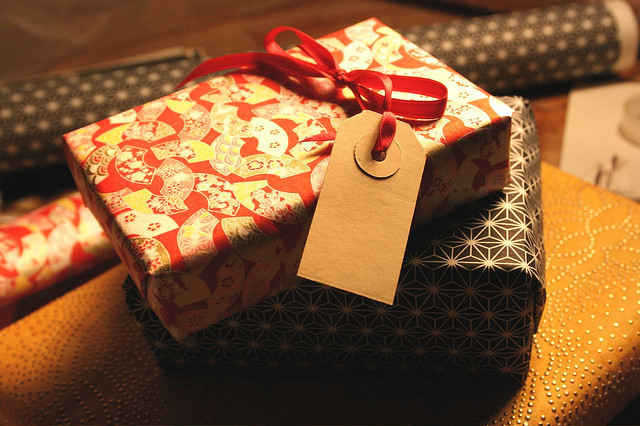 One holiday down, and another around the corner… Starting to feel more generous with your spending as you embrace the festivities?


Whatever expectations you take with you into the festive season, take a moment to ponder what you’ll be taking back out with you on the other side.

When January rolls around, will your lasting memories of Christmas 2010 be of good times and good cheer – or will they revolve around the massive credit card debts that are likely to cause you sleepless nights for much of 2011?

In short, plan your fun carefully to avoid that kind of debt problem. There are many ways to ‘impress for less’: to protect your bank account without gaining a reputation for Scrooge-like behavior when ‘everyone else’ seems to be giving until it hurts.

Money really isn’t everything. That’s as true at Christmas as it is at any time of the year: the type of presents you give needn’t cost much. In fact, they needn’t cost anything at all. A few ideas…


Give the gift of time.

Everyone has talents. It might be servicing engines, babysitting, fixing computers, tutoring your friends’ kids, mowing lawns – wherever your talents lie, think about how you could turn them into the kind of presents your friends, family and co-workers would really appreciate. You could even make a big deal of it, and create fancy cards or certificates: “I, John Smith, hereby pledge to fix your PC on presentation of this voucher – on no fewer than three occasions.”

Tell people that you’re determined to look after your finances next year and that the best way to start is by spending your time (not your money) to make the people you care about happy at Christmas.

Don’t throw cash around; throw a party instead.

How much did you spend on presents last year? What could you achieve this year if you spent half that on a single event, rather than multiple gifts? Could you hire a limo? Could you book a village hall for the night? If your home is big enough, could you host a party there?

Again, the focus is on effort, not money. If you’re worried it won’t be enough, could you get a few others to add their own special touch? That could mean paying half the bill, hiring a DJ, cooking up party snacks, buying the drinks, booking a clown for the party… As a general rule, the more effort someone’s prepared to put in, the less actual cash the rest of you should expect them to spend. They might really appreciate the opportunity to give your mutual friends an evening to remember (and save some cash while they’re at it).

It’s an idea that can really pay off if you feel you’re expected to give gifts to lots of people: not just your immediate family, but your extended family, friends, co-workers, etc. This is the kind of situation that leads many people to spend far more than they can really afford – and spend the next few months worrying about their debts as a result.

The more people who might expect to be on your ‘gift list’, the more you’ll be able to spend on your event without spending anywhere near as much as you would if you went ahead and bought everyone a gift.

Does everyone you know really need to buy a present for everyone else? You might want to exclude the kids from this one, but you could still save a fortune if all the grown-ups agree to a Secret Santa – where everyone buys just one gift for just one person in the group. Secret Santa often means low-cost gifts, but if everyone agrees to it, there’s no reason you couldn’t ‘up the stakes’: rather than spending $20 on 20 people, you could agree to spend around $200 on one person each. So everyone gets one fancy present and cuts their gift-buying budget in half!