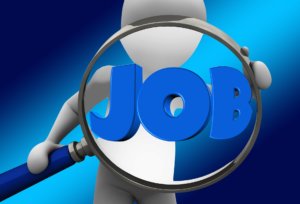 I’ve had many jobs over the years. I’m happy to say that I’ve only been fired from one. The whole department was fired (college job; long story). I’ve known people who’ve gotten fired for many different reasons. In today’s post, I want to share five things that you should do that will help you to stay employed.

Show up on time

Showing up on time is one of the most important things that you can do. As a matter of fact, it is probably the most important thing that you can do when regarding keeping your job. You as given a starting time at your job for a reason. Some jobs are a little relaxed when it comes to when you need to be there. Some let you come in up to15 minutes later. Don’t take their kindness for weakness. I’ve seen coworkers lose their jobs due to excessive tardiness. If you have a problem getting to work on time, you should do one of two things. The first thing that you should do is get up thirty – forty-five minutes earlier. Doing that will allow you to leave your house sooner. Hopefully, you will then be able to get to work on time. The second thing that you can do is ask your employer if you can change your hours. Instead of working 9-5, you could see if you could do a 10-6 or 11-7 schedule.

The second thing that needs to happen is that you should do your job. Don’t laugh, but some people go to work all day and procrastinate. They don’t last at that job for too long. Many positions are performance based. If you’re not doing what you need to do, there is a very good chance that you will be let go. As long as you do your work, there is a great chance that you won’t lose your job.

Become an asset to your company. You can do that by doing thing such as excelling at your job, helping coworkers who need assistance, and doing extra work. If you’re an asset, there is no way that you will get fired. I believe that I’ve been an asset at my previous jobs. I helped out when other people didn’t. I also stayed late on several occasions. Your supervisors will notice things like that.

Raise your hands if you like workplace gossip. Hopefully, nobody raised their hands. I’m not a fan of people that gossip. Gossiping in the workplace is the worst. It’s a bunch of males and females starting stuff. Gossip affects your office morale. That could slow down your office’s work production. It’s a shame that some people get off by talking about others. Don’t be that person. If you want to make sure that you keep your job, don’t gossip.

Stealing from your job will get you fired every time. It’s illegal. I don’t care if it’s tissue, tape or condiments, do not steal from your job. There are always repercussions. Stealing is probably the number one way to get fired.