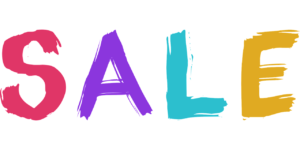 What’s going on everyone? Craigslist has been around for quite a long time. I’ve used it to sell different things such as a microwave and even my 1st car. If you’re on the fence about selling things on Craigslist (CL), don’t be. The majority of the people that use it haven’t had any problems with it. I’ve been selling on and off with CL for a few years now. You may be wondering if you should sell items on CL as well. The short answer is yes. In today’s post, I go over a few reasons why I think you should sell your items on CL.

One reason you should sell items on CL is that certain items will sell faster on that site than they would on other sites such as eBay or Etsy. Electronics is one thing that sells pretty quickly. People love their gadgets. They tend to want them and want them soon. I know several individuals who have listed a new I-phone or I-pad on CL and had it sell within a few hours.

Another reason that you should sell your items on CL is that there are no fees to list ANY item on their site. That alone should at least get you to think about selling them. You can list as many items as you want to without having to worry about any listing fees. That can save you a nice bit of money compared to using other online marketplace websites.

Craigslist is also good for selling larger and heavier items. Cars, furniture, and lawnmowers are just a few things that I would consider larger and heavier. You can sell those items on other sites, but for me, it is much easier to list them on CL. The cost of shipping for bigger items can be ridiculous. As I stated earlier, I once sold a microwave via Craigslist. If I had sold my microwave on eBay, I would have had to pay at least $20-$30 to ship it.

One thing that some people may wonder about is if it’s safe to sell items on CL. In today’s society, nothing is 100% safe. There are a few things that you can do to make sure that your transactions are as safe as possible.

The first thing that you can do is to establish a safe place to complete your transaction. I’ve completed sales in the parking lots of the post office and my local Walmart. I completed the sales during the afternoon time. Another good place for people to meet up is at the police precinct. It’s probably the safest place to finish a transaction.

The next thing you can do is to meet up with your buyers during the daytime. That should be common sense, but sometimes people let the thought of getting quick money cloud their judgments. Besides being safer, completing your transactions during the daytime also allows you to see your surroundings.

Do you sell on Craigslist?