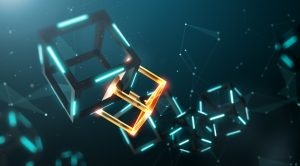 Do we have a moral obligation to the environment? That’s not typically how a blog about Bitcoin begins. It’s even more foreign a question in much of the financial world, yet it merits further analysis for two reasons. First, environmental damage is an ongoing issue our current political-industrial paradigm has yet to tackle. Second, the cost to maintain the Bitcoin blockchain might be higher than you think.

The specific details surrounding energy consumption from non-renewable resources are fairly bleak. In 2016, 80% of all energy consumed by humans was from fossil fuels. Interestingly, only 18% of that energy was consumed as electricity.

Of course, the electricity was refined using non-renewable resources like coal and fossil fuels, but since Bitcoin and cryptocurrency mining as a whole is powered by electricity, let’s look at the impact in comparison to the world.

Bitcoin enterprise, as a whole, currently consumes approximately 63.3 TWh per year, though this number is subject to change. What does that mean? It means the Bitcoin blockchain consumes roughly the same amount of electricity in a year as Switzerland. That might make it seem like Bitcoin is a big deal, and it is, but that’s not why.

You could power about 28 U.S. homes for a day using the amount of energy it takes to power one Bitcoin transaction. Powerfully inefficient, right?

What makes blockchains, especially Bitcoin’s, so special is the fact that they are immutable. This means, once you send funds over the blockchain protocol, that transaction can never be removed. It can never be altered. For Bitcoin and most other cryptocurrencies, anyone in the world can see every single transaction whenever they want. This is important in a world with increasing wealth disparities and socioeconomic inequalities. Trustless transactions across the world at the touch of your fingers. But what’s with all of the electricity?

The reason blockchains typically consume so much electricity is due to the mining algorithm it uses to mint new coins.

Mining is complicated. The simple version is that transactions come into computers that are supporting the network. The computers then need to solve immensely complicated puzzles. The computer that figues out the puzzle wins. The reward is newly minted Bitcoin. So, who runs these mining computers? Anyone and everyone. It is a decentralized network. Therein lies the security. Therein lies the inefficiency.

There’s a very good reason 82% of companies that move to cloud based services report saving money. Centralization of energy, power, or money is the one way to optimize it. As we know, though, when power and money are centralized to one group of decision makers, those decision makers place themselves first. Still, if we want energy efficiency, shouldn’t we centralize it to get the optimal results? If energy were free, then this might be a good idea. Since energy is worth money, the more of it in one centralized location, the less power everyone else has.

The top five big data firms are currently the top five companies in the world. The centralization of power, whether electric or monetary, give a small group a big advantage.

So, that’s the question then, isn’t it? Big bulky blockchains that are bad for the environment versus corporations with more power, but also more efficiency. This is a false dichotomy.

There are a number of fantastic projects in the fintech space that don’t rely on the same inefficient consensus mechanism as Bitcoin. Proof of Stake uses a deterministic program based on stake to determine who mines the next transaction. Additionally, there’s no reward for ‘mining’ that transaction. Proof of Work algorithms instead pays the miner with the transaction fee.

The specifics of it can get very involved, but the upshot is PoS coins are exponentially more energy efficient than PoW coins.

Issues on the Horizon

The United States currently produces 9.4 million tons of e-waste, more than any other country. Somehow the U.S. also loses 50 million hours of productivity per day due to mistaken or improperly filled out time sheets. That’s $7.4 billion every day. We aren’t doing so well with efficiency or financial tracking with our current centralized monetary policy.

Bitcoin might not be the answer to electronic waste products, but cryptocurrency could very well have a solution to the timesheet issue. Aren’t timesheets just one big ledger? If you could incorporate blockchains with RFID technology and require your employees to carry a keycard, you would know when fraudulent timekeeping occurred.

This is literally only one of many promising projects to surface in the cryptocurrency world and it alone plans to revolutionize supply chains and systems as a service industry. The future looks sunny for cryptocurrency. Bitcoin’s bright shimmer might be growing dim due to the ever-diminishing supply of natural resources, but take a look around at all the new life it has brought to the financial world.