In “The Wolf of Wall Street,” Leonardo DiCaprio plays Jordan Belfort, a young stock broker from Long Island. This is a man who, after defrauding thousands of people with a penny stock scheme, becomes a multi-millionaire hedonistic playboy. Although the 2013 blockbuster was a salacious depiction of just one stock broker’s wild and illegal venture trading penny stocks, these tiny and generally high-risk stocks were how Tim Grittani made his fortune… or so he says. Is Tim Grittani legit? 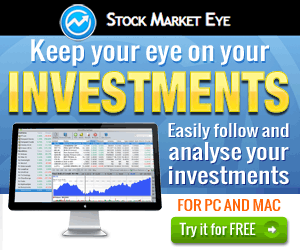 In 2011, Grittani graduated from Marquette University in Milwaukee, and decided he wanted to play the stock market. With zero experience and $1,500, he opened up a few accounts. His parents lent him $12,000 for the sole purpose of having more day trades a week. However, he was only allowed to explicitly trade his own nest egg. Getting his sea legs in the stock market was no easy feat. Soon after he opened his first account, he quickly drained the $1,500 and had to replenish it with cash he made at a summer job. At the start of 2012, he moved in with his parents so he could just focus on stocks. They gave him one rule: either make $10,000 by March, or he had to stop trading or move out. He made his goal, and at the end of 2012, he had $150,000 to his name. Today, he says he’s managed to maintain $2.5 million in his accounts.

What Does He Know That We Don’t?

Grittani studied under Tim Sykes, a famous penny stock trader who claims to have turned his $12,415 Bar Mitzfah cash gifts into $2 million. Before Grittani met Sykes, he says he was buying random stocks and hoping to sell them for a profit in a couple of weeks’ time. However, this method proved to be a surefire way to quickly deflate his funds. So he reached out to Sykes who mentored and taught him how to strategically buy and sell penny stocks. Grittani attributes his $2.5 million in trading profits to Sykes’s teachings.

Sykes has established himself as an expert on short selling and betting against penny stocks in order to turn a profit when they crash. He’s considered an authority on the subject — albeit an extravagant one. Sykes showcases his indulgent lifestyle on his Instagram, while also maintaining a training program for aspiring traders. He also starred on the reality show “Wall Street Warriors,” a program following the lives of various stock traders, that ran for a mere three seasons on the Bravo network.

Is He The Real Deal?

Although Grittani’s lifestyle is nothing like his mentor’s, he has also created an educational program. In his 16-hour course, he provides a step-by-step system on how to turn a few thousand dollars into millions over the course of four years. Overall, Gittani is very transparent about his money-making systems. According to CNN Money, one of Gittani’s biggest wins was a series of “long and short trades” of the Fannie Mae stock that earned him $250,000 in one day. He has never made grandiose statements or a flashy social media posts. Tim Grittani is 100 percent legit.

Read more of our thought-provoking articles:

Trey LaRocca is a freelance writer, financial sales worker, and tech guy. When he isn’t out and about or at work, he’s usually at home enjoying some video games and a beer. Currently residing in Newport Beach, this California Kid can be found at the beach on any given weekend. Trey has years of experience in day/swing trading, financial analytics, and sales.