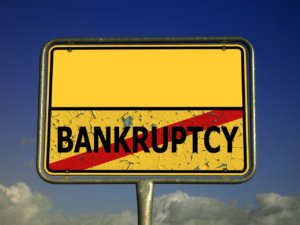 People lose their jobs for many reasons. They may not be good at their job. The company may want to go in another direction, or their business may have to let some workers go because on impending bankruptcy.  Businesses that file bankruptcy do so to receive protection from the federal government. When declaring bankruptcy, two popular options that companies can declare are Chapter 7 and Chapter 11. Today, I want to discuss the basics of Chapter 11 bankruptcy.

Chapter 11 bankruptcy is when a company does not choose dissolution and liquidation but seeks protection from the government so that it can be reorganized. The company will be given partial or full relief from creditors, but it will not be dissolved. The court will actually reorganize the company according to its debt. In most cases of Chapter 11 bankruptcy, the whole company is given to the creditors to run.

Why would a company file Chapter 11?

In cases of bankruptcy, the assets of the company are no longer enough to cover its debts. The creditors don’t get the full payment of the debt. Although the company assets do have value, it is often the case that the value of the whole company is bigger than the value of all of its individual assets. When that happens, Chapter 11 is declared. During the process of Chapter 11, the owners of the company, meaning the stockholders, effectively lose control of the company. The courts then decide who the company should go to.

Here are a few companies that have filed Chapter 11 bankruptcy over the years. They are Aereo, Delta Air Lines, Liberty Medical, Bloomingdales, Pac Sun, Chuck E. Cheese’s, Kodak and The Sharper Image. As you can see, some of those companies have been able to bounce back and thrive, while others have merged or ceased operations.

If you are a creditor you can usually get more money under a Chapter 11 bankruptcy, than you would under Chapter 7. It also means that people working for the company filing for bankruptcy can keep their jobs. The assets are also retained and can produce a profit.

During a Chapter 11 bankruptcy, creditors who register at court have a chance to be heard. They are also the ones responsible for coming up with a reorganization plan in case the debtor cannot propose anything. This plan will cause them to take control of the company. The shares of the company filing for Chapter 11 are commonly rendered valueless which means that the owners will suddenly find themselves holding nothing.

The prioritization of creditors under Chapter 11 bankruptcy is the same as in Chapter 7. People with secured debts are treated with preference. Individuals who are holding collateral will be the first to collect their payment. It is also usually the case that the next creditors in line will not be given payment until the first creditor has been fully satisfied.

For more on bankruptcy and if it’s right for you read these other articles.

Common Reasons To File For Bankruptcy
The Different Types of Bankruptcy And Deciding Which One Is Best For You
Are You Thinking About Declaring Bankruptcy?