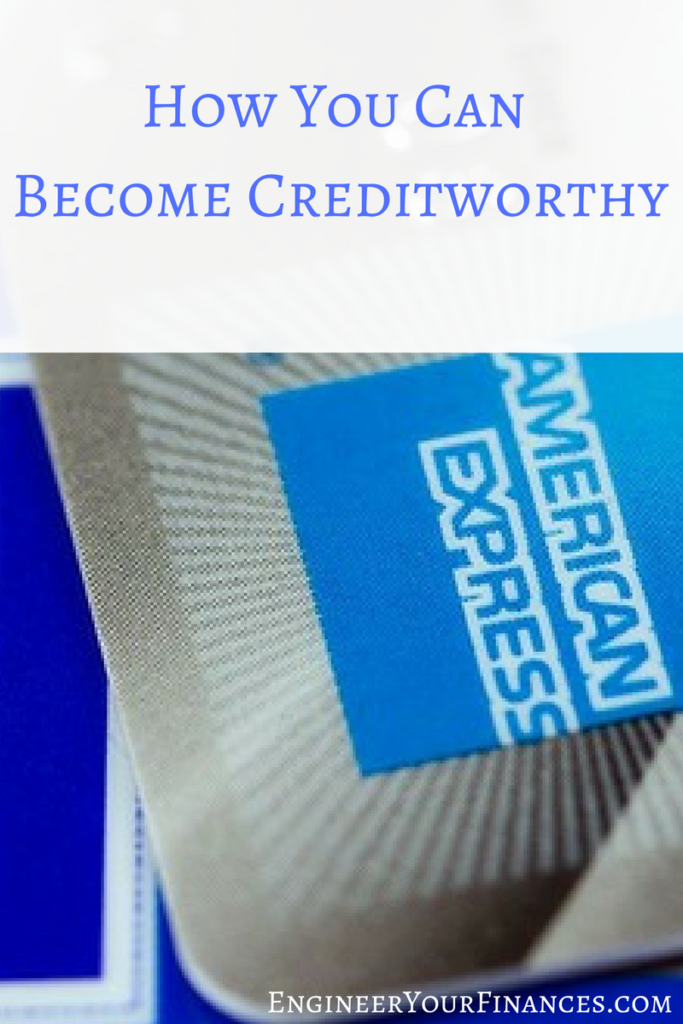 Just a short four years ago, my finances and credit score were horrible. Multiple bad decisions left me with a credit score that was in the 500’s. As someone who was nearing thirty years old, that was not good. I got a better job and decided it was time to get my credit in order. In January 2015, I officially started working on bettering my credit. By August of that year, my credit score had gone up by 168 points. It was unbelievable. Who knew that by making a few changes that my credit would go up? Today, I want to go over some things that you can do that will help you become creditworthy.

As I stated earlier, I got a better job. Yu should do that as well. I had been working two part time jobs for six months. I wasn’t making enough money to do anything except for getting by. The next job was just what the doctor ordered. I was able to make more money. This was actually the highest paying job that I’ve ever had. My stress levels went down. I was able to start saving money finally. I also devised a plan on what to do with my debt.

Making more money meant that I was able to get current on every debt that I had. I had been months behind on a few of my bills. To have enough money to get current was great. For some of them, it took me a couple of months to get current because I was so far behind. I was able to get there though. I learned that 35% of your credit score is your payment history. That was more than a third of my score. If you aren’t making enough, it’s time to consider getting a better job. More income will help you.

The third thing that you should do is to stop using your credit cards. I used to use my cards all the time when money was low, which was a lot back then. At one point I was using 95% of my available credit. That wasn’t smart. The credit bureaus don’t like that. You are looked at as higher risk customer. The ideal credit utilization is 30%. I was nowhere near that amount, so I stopped using my cards. If you’re in a similar situation, you should stop using yours as well.

Doing those three things that I discussed above will help you become more creditworthy. You just have to have a little discipline. I know that anybody can do those things. I was horrible with money a few short years ago. Now, I’m not. Don’t let your past be an excuse. Decide that you want a better score and make it happen.

What is your excuse?